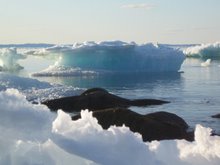 (Photo of icepans in safe place Newfoundland by Lisa Day)


Very soon - as the ice around the world melts away - we have to start thinking about how we will survive in the most essential, basic and down to earth physical ways. The book Zen of Stars treats among other things the topics of structuring the logistics of a home, the resources of your shelter, the growing, and storing of safe food, the back-up of power, energy, and of clean water.

The knowledge of experts from Findhorn – in Scotland – presenting the living machine with alternative or renewable energy and water treatment resources is shown. Beyond physical survival is life itself, "spiritual" life, as it were.

Economic Architects Of The Future
Those interested in ecological businesses and integrity banking who are trying to ride the waves of the system must understand that the entire system is about to collapse. Many years of careful investment potentially could be lost overnight. In the light of this fact, a business investment carefully structured to create a better world, will be lost in the general economic and social turmoil. You may feel “safe” in the knowledge that your lifetime’s work is placed with intelligence into a system that badly needs restructuring.

However, the hard fact approaching us in the years leading to 2007–2012, and beyond, is such that the economic social collapse will not discriminate between your resources and the resources of multi-national corporations.
In the future there are no businessmen and women; there are “economic artists” and caring architects who co-operate through a network of pooled resources and integrity type venture capital. The future “business world” is the creative and innovative realm of economic artists and innovators who can understand and work with the new template structuring society.
Economic ‘high priests’ and financial gurus will no longer supervise the organisation and structuring of societies’ resources because they will have been sent packing; instead the intelligent utilization of earth and of human resources is a matter of highly precise architectural planning and investment design.
The “Cosmic Architect” is a very ancient and powerful concept. The sacred geometry of economics has not yet found its way to the surface of the modern human mind. With a return to this shamans’ knowledge base, the science of economic management becomes the playground of the artist, the creator, and the initiator. To create and maintain social order, Cosmic Design must be initiated into the geography of the human landscape.

Beyond astrology, St.Clair addresses the "World Under Siege" in the FORESEEN blog essay - "THE TEST AHEAD" - updated on 7/7/2007 in this external link:

Read it here: "THE TEST AHEAD"


Study the pdf file: Rense - Will You Survive The Coming Crash? 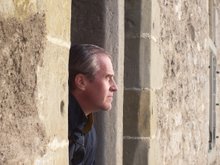 
"This book isn't for average minds, this book isn't for above-average minds; however, this book is for extra-ordinary minds; the peaceful and spiritual warriors of planet Earth and humanity's sake! It is for the ones whom are beginning to awaken to the fact(s) that we've been lied to by multiple and various PTB's in order to control and manipulate everyone for their own service-to-self agendas.

Over the past several years, I've read and studied everything I could in regards to: The coming Earth changes, spirituality, meta-physics, religion, philosophy, psychology, conspiracy theories, extraterrestrials and suppressed technologies. In "Zen of Stars," Mr. St.Clair puts it together with amazing beauty, clarity and honesty.

Mr. St.Clair not only demonstrates, exposes, explains and shows how occult spiritual warfare is being waged against humans, which has been ongoing for thousands of years; he also provides the reader with a system and solution to protecting oneself against these occult, psychic and spiritual attacks.

I truly believe and feel life and reality is about to dramatically unravel before our very own eyes: The earthquakes, volcanoes, tsunamis, tornadoes, rising water levels, economic collapse, more and expanded wars and etc. are just around the corner. Are you prepared or preparing for these events?

"Zen of Stars" is not only about physical preparedness; but also, and more so, about emotional and spiritual preparedness as planet Earth begins to shift into the 4th dimension reality: Quintessentially, this book is a road-map and compass to help humanity navigate through the rough storms and times which are shortly ahead for all of us."


David Byrne wrote about the book Zen of Stars:

"Michael St.Clair has done something very special with this publication. For he has gone places that few if any could go. As Cosmologist, Astrophysicist, Historian of the ancient world, Shaman, Researcher, Political Observer, and all of the other qualities and Learnedness that becomes him, has been brought to bare in this work.

St.Clair deals with topics that go beyond the drama projection of that which is portrayed as life. He does this in a fearless way, while dealing with difficult subjects.

He writes on the history of a time before, what we have been given as history, and speaks to the spirituality of our beingness, our origins, aliens, religionists, the luminous ones beyond the creation, and the creation itself.

The cosmologist in him looks to the stars, here he finds links to the present and future. As mundane Astrologer he sights and links the past.

There is a seamless thread that flows through the whole of this writing. It is a filament substanceless, yet more real than physical matter. It is a connection of oneness that permeates the energy field, and brings order, harmony and balance from out of the disturbed energy of chaos. Only the few who be in such place can project this.

St.Clair has linked so much in the life that is and that which is beyond. That so, so much that is fragmented in human awareness can be brought together. Can be seen and understood on the one page, the page of ones life. He does this with no projection of fear, the reader does not have to go into fear as NONE is projected.

A Pure Intelligence is at work in this writing.

So for those who want to taste, learn, and understand why this world is the way it is, where it is going, of the dramatic changes to come. What choices there are for the enormous potential that is you, then this is a must read.

As St.Clair states, " If we can predict the future, we can change it "

In this external link -- MORE READERS REVIEWS of ZEN OF STARS -- which is constantly updated, as readers around the world share how they EXPERIENCE CHANGE in their lives during and after reading the book ZEN OF STARS . . . we can read how the book is perceived over time. This is an experiment in time perception just as much as it mirrors the progress of seekers seeking the seeking . . .

See a preview by clicking into this window of time: 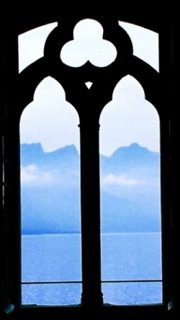 Posted by Michael St.Clair at 2:22 AM 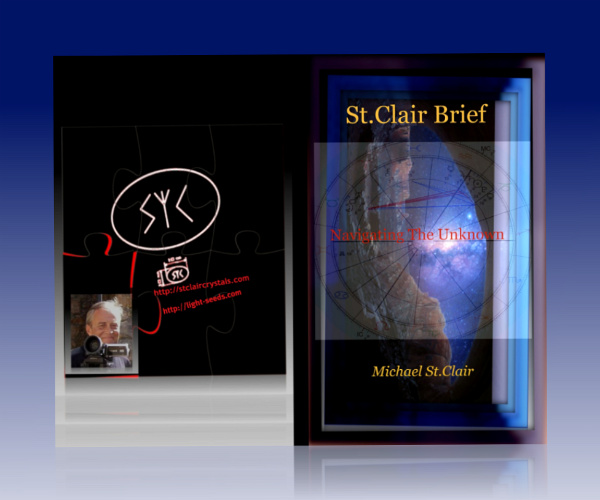 Book of The Century 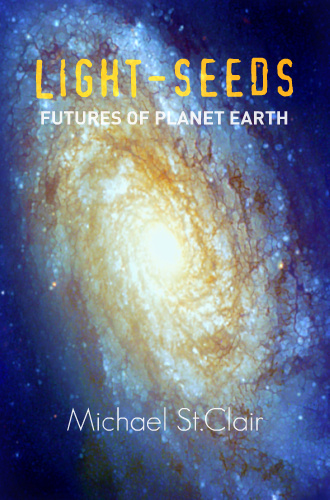 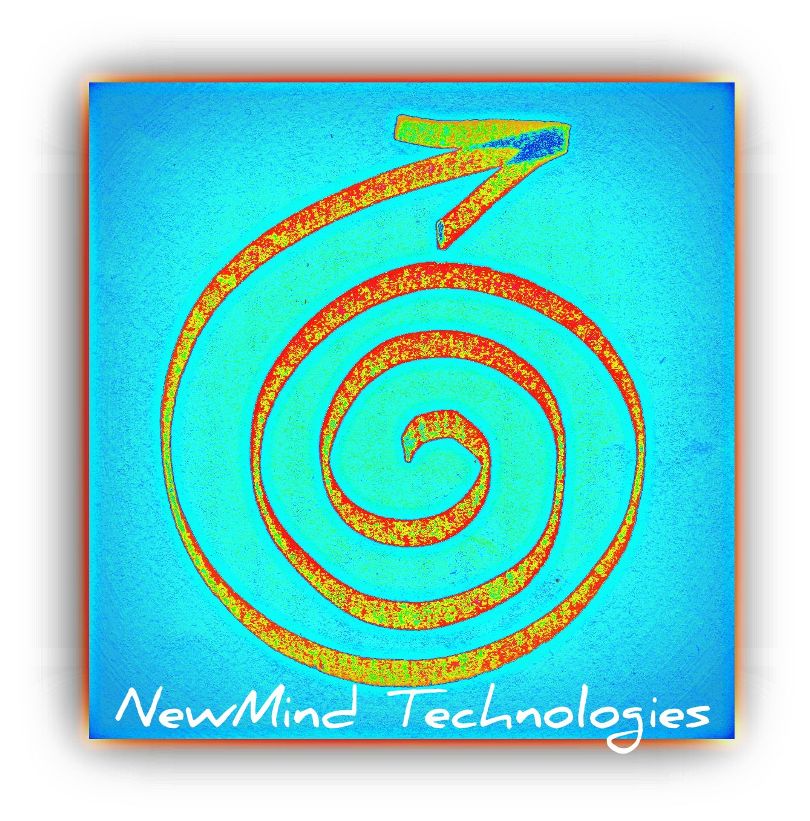 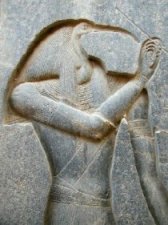 Michael St.Clair is one of the leading visionaries and futurists of the world. His astrological experience and trend prediction track record is second to none. The book ZEN OF STARS was hailed by some as one of the most advanced pieces of writing in existence today. His ability of seeing the future from the now includes strategic solutions and advice on issues ranging from economy, climate, politics to the creation of safe places in networked micro economies of sustainable living -- all around the world. St.Clair at the Rock of Naye, 5,000 feet above Montreux

J. Krishnamurti - Thought and the thinker are one, but it is thought that creates the thinker, and without thought there is no thinker.

So one has to be aware of the process of conditioning, which is thought; and when there is awareness of that process without choice, when there is no sense of resistance, when there is neither condemnation nor justification of what is observed, then we see that the mind is the centre of conflict.

In understanding the mind and the ways of the mind, the conscious as well as the unconscious, through dreams, through every word, through every process of thought and action, the mind becomes extraordinarily quiet; and that tranquillity of the mind is the beginning of wisdom.